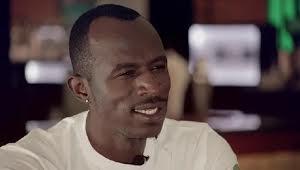 HipHop artiste and Alpha Entertainments CEO ‘Macky 2’ recently featured on “Candid with Hellen” on which he talked about a lot of issues. The rapper talked about his come up all the way up to the current Industry state.
In the Interview, Mulaza Kaira highlighted that he was born on the Copperbelt but later moved to Lusaka where his parents were working as Teacher (His Mum) and Accountant (His Dad). He however moved back to the Copperbelt after his parents died which became a turn in his life as it became quite difficult.
Macky 2 also emphasized that his Younger Sister “Towela” is the most talented artiste in their family. He also characterizes Chef 187 as a Lyricist and himself as an artiste who delivers to Industry’s expectations. The “Banono” hitmaker also talked about how his wife “Haantinga” never took any of his infidelity rumors seriously as she Knew the Kind of man she married.
On his beef with Slapdee, Mulaza Kaira explained both rappers were naive back then and got caught up in the hype. He further pointed out the music Industry in actually united. Macky 2 also emphasized how his arrest in 2011 was a turning point for him and how it had him reflect on his music instead. Watch the full lengthy interview below!
https://youtu.be/e_ufjGnIO3o