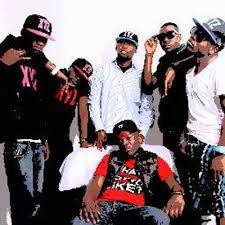 XYZ Entertainments is one of the biggest music labels in Zambia without a doubt.Boasting of having some of the biggest names in the industry on the label their support is very strong.However, over the years a host of artistes have left the camp for various reasons.Lets  take a look at 10 of them and their XYZ afterlife..

Lloydee was the first artiste to be signed by Slapdee .

He left the label after his contract expired. He made some waves after leaving the label with songs like Kabovelo until he focused on production of videos with notable works such as Slapdee’s Devil You A Liar and Macky 2’s Rise Again.

Sutu was one of the earliest females on the team. She made hits like ”Disposable” while on the team.She left the limelight on a quiet note  to focus on personal life away from fame and her whereabouts are unkown.

One of the best female rappers to have graced the mic in Zambia.Maya had quite a run from 2009-2011. Having singles like ”Diva” and earning her the title XYZ first lady with some labeling her the Zambian Nicki Minaj.She however abandoned music to concentrate on her academic career overseas.Last time she hit the musical scene was at the Macky 2 Vs Slapdee concert with amazement of the fans.

Till date, many argue whether Krytic was really XYZ or not, but yes! it’s gospel truth, he was signed because his manager, 3Thrill,was also Slapdee’s manager so immediately 3Thrill parted ways with Slapdee.Krytic left the label as well.Whilst on the label he collaborated with Slapdee on a song called ”Money” which is arguably one of the biggest Zambian collabos ever.He was done one well since then with 2 albums to his name and a couple of mixtapes since then.One can only imagine how it would have turned out had he stayed.

Signed at the same time with current CEO Bobby East, Stevo was destined to be one of the biggest Rap acts.Whilst on the label he made massive waves even winning Best Upcoming Award at The Born and Bred Awards. He made songs like Paya Flow and the Situation Series dazzling the XYZ fans. Nothing lasts forever though, he left to focus on his academics and made a return as an independent artiste,doing well thus far with one album under Guru Nation.

She broke the norm of XYZ only being a rappers’ label with her being a singer.Whilst on there she made household hits like ”Alangizi”.Winning and getting for the ZMAs. She left the label on a sour note with some fans threatening her. Even getting a sub from Slapdee on the famous line ”Mukani gwile kwanja if that chick ever blow up” on Hmac’s Down. Peace has been made though her career has never been the same ever since.

One of the founders of the label. Ruff Kid was untouchable during his XYZ days with some likening it to Young Money in America with  Ruff Kid as Lil wayne. He left on a shocking note, citing differences with long time friend Slapdee.He has done quite well on his own,maturing in the process.

Tonny Breezy served as XYZ resident producer for a stint until he branched off to start his own label, ”Fresh Boy Music”. He has done a lot on his own becoming one of the renowned producers in the country.

Fun favourite P Jay the Future was the XYZ chorus master and  did the industry the pleasure of fun tuning hit songs. He left XYZ and made a return shortly before his demise.